LUCREZIA, ITALY – When eight-year-old Flavia Morelli told her mother she wanted to play bocce, Emanuela Rosetti was shocked and skeptical of the idea.

“This isn’t something a girl normally does,” her mother exclaimed with a puzzled look on her face.

Ten years later and Rosetti is proud that her daughter fought to pursue what she is passionate about.

Flavia Morelli is now a national champion and is ready to join the ranks of Italy’s elite adult bocce players.

“If you want to be a champion, the most important years are eighteen to forty,” Morelli said. “After that you are too old.”

In America and many other parts of the world, the iconic image of bocce features a lively group of old men gathered under shade trees tossing bocce balls while discoursing on the issues of the day. The truth is far different.

“As you are all thinking it’s a sport for older people, but that’s not true,” said Morelli.

Bocce is not simply a pastime in Italy, it is a competitive sport alive and thriving across all age groups and genders throughout small towns and big cities alike. The hard sand courts located in town parks are being replaced by “bocciodromos” – indoor, multi-court facilities.
The asphalt and soil filled courts are 13 feet wide and 76 or 90 feet long. For professional players, there are bumps and hills imbedded into the courts that make the game more challenging.

Although the game has been amended as it spread around the world, its basic concept remains the same. It starts with one player rolling a boccino, a small ball about the size of a golf ball down the court. Players then use the larger softball-sized bocce balls to get as close to the boccino as possible by knocking their competitors out of the way. It’s a sort of shuffleboard with balls instead of discs.

Bocce balls are made of metal and plastic and coated with various patterns and bright colors.

You have to stay calm because you need to be focused. This game requires a lot of precision.

Points are counted at the end of each set when there are no bocce balls left for players to throw. Teams are awarded one point for every ball they threw closer to the boccino than their opponents. The first team to receive the number of points the teams decided to play to is deemed the winner of the game.

“You have to stay calm because you need to be focused,” Morelli said. “This game requires a lot of precision.”

Morelli’s interest in bocce emerged in second grade when she was given the opportunity to choose a sport. Her class went on a field trip to her town’s local bocce court, the Bocciodromo Lucrezia. After getting an up-close look at the vibrantly colored balls being tossed across the lightly sand dusted court, she knew this was the sport she wanted to play.

Her original instruction in the art of the game came from her grandfather, Leo Rosetti, an avid bocce player. After learning the basic concepts and attending countless practices, Morelli’s interest in the game turned into a passion.

Now five feet tall, Morelli trains in the same building that introduced her to the sport ten years ago.

And the Bocciodromo Lucrezia is now a showcase of her talent, its white walls decorated with pictures, trophies, and medals of her accomplishments. These include her national championship, seven regional titles, and countless minor competition wins. She competes against many other young bocce players like herself, but is now preparing to move into the adult league.

Severino Sanchioni, honorary president of the Bocciodromo Lucrezia, has confidence in her chances. 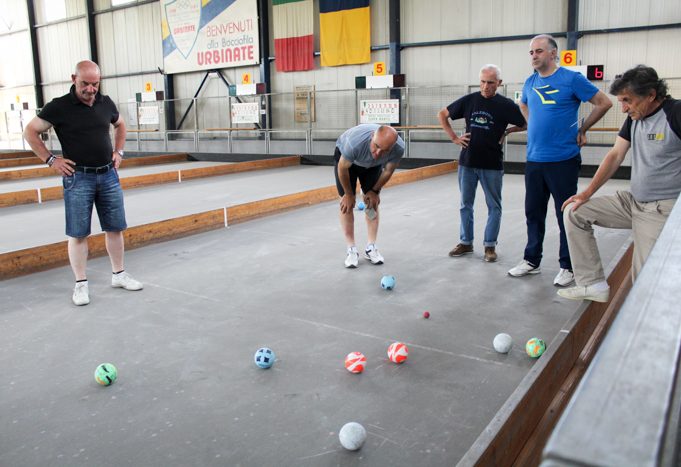 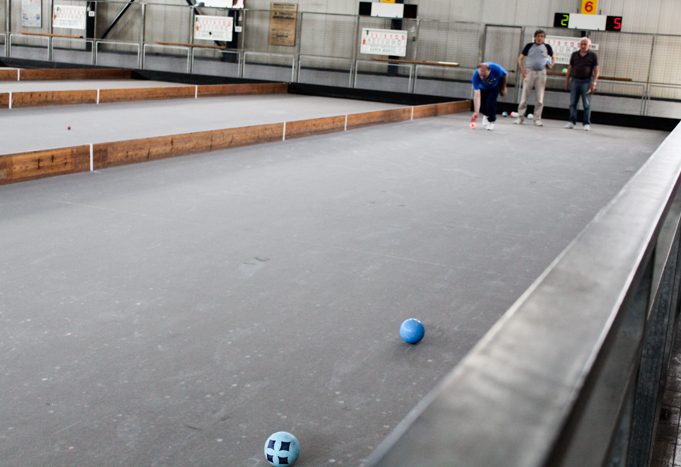 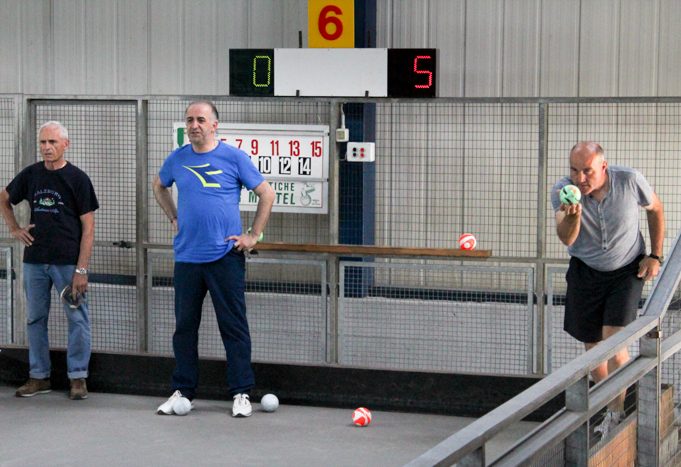 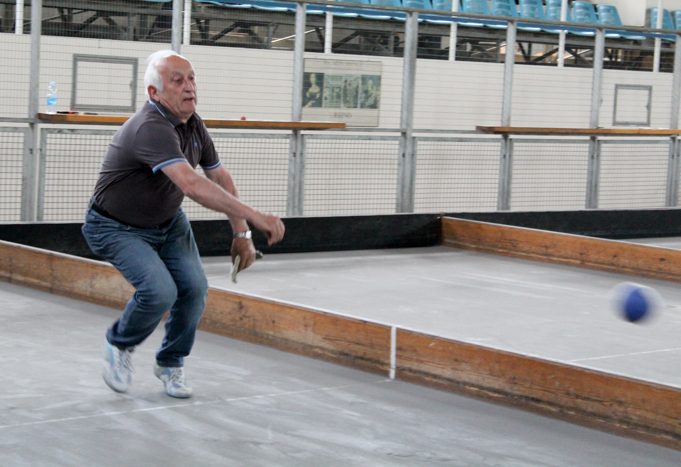 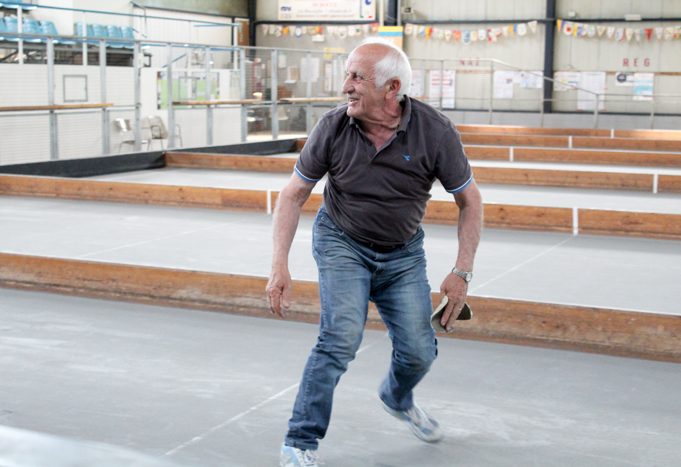 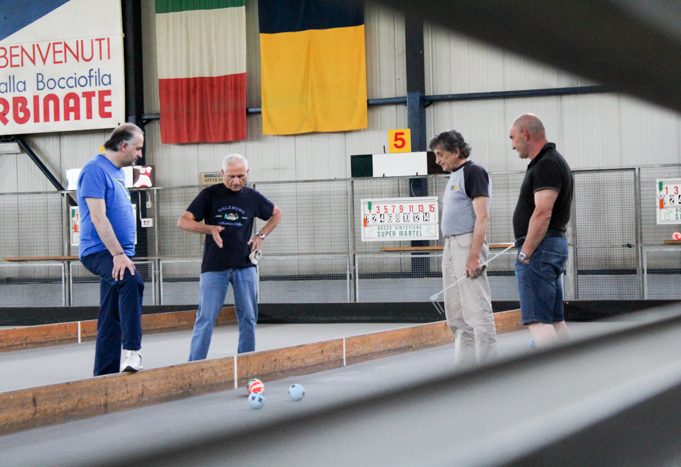 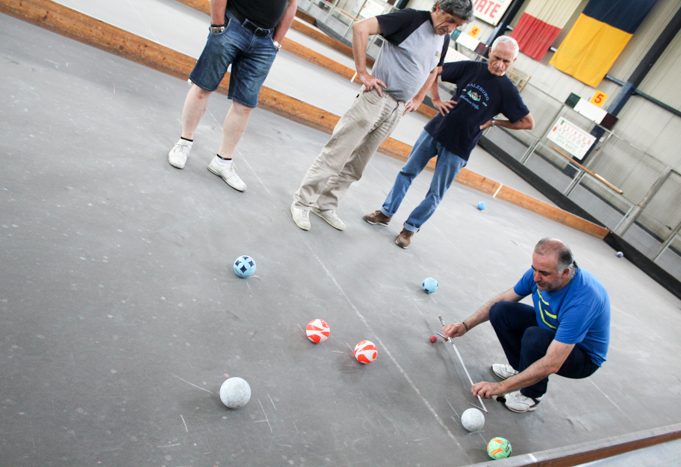 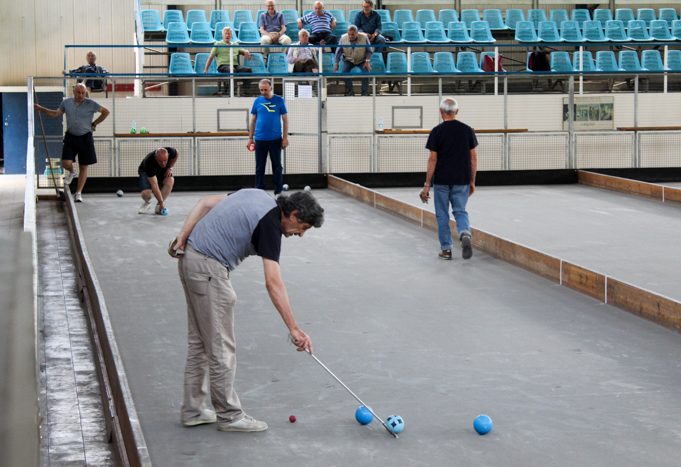