Students from US universities study opera in Urbino

URBINO, ITALY — The sky began to fade as time crept to 9 p.m. at the historic courtyard of the Casa della Poesia. Everything was in place — the rows of chairs filled with eager concertgoers; the grand piano centered at the front, gleaming under the overhead lights. Fifteen opera singers entered the stage in single file, their tuxedos and long dresses creating a sea of color.

As singer after singer performed their aria, soprano Xia Chen was backstage awaiting her turn. Her nerves were kicking in. Finally, it was her turn to perform. Chen walked into the light of the stage, her long, black, floral dress gliding around her feet. She looked out into the audience and saw her parents, who flew in from China, sitting in the front row. As the pianist struck up the first notes, Chen placed one hand on the grand piano.

Finally it was her turn sing, and she began the words from Stefano Donaudy’s aria of love lost “O del mio amato ben.”

As the birthplace of opera, Italy has long drawn students from around the world for summers of study and practice. Those programs remain a vibrant industry today; a recent Google inquiry for “summer opera school in Italy” drew 2.5 million hits.

Dallas-based Opera in Concert has been part of that mix for about 12 years, the last two in Urbino. This three-week program takes 15 students based on a competitive audition process. Those accepted face a busy daily routine of voice lessons or coaching sessions and four hours of Italian class. In addition, students travel and perform three concerts in Gubbio, Sansepolcro, and Urbino.

“The process of learning how to sing well is not really an academic or an intellectual process, it’s basically an athletic process,” said Edward Crafts, artistic director of Opera in Concert. “It’s about repetition and muscle memory and so the more times you do it, the better chance you have to improve.”

Crafts, who spent about 30 years performing in operas all over the world, is one of the four faculty members. He and Heather Ross serve as voice teachers, while Stephen Dubberly and Massimo Sabbatini serve as music and language coaches.

“Normally in a U.S. university setting, as a music student you get one lesson a week,” Craft said. “And here, they get two lessons and two coaches a week. So we see very fast progress from all of them in that relatively short period of time.”

Students said they can see the rapid progress they’ve made. Chen said being immersed in the Italian language helped her emotionally connect with what she sings.

“With a two week study, I already feel something changing in my singing in Italian because I got familiar with the language,” Chen said. “So now I can express some feeling, or something from inside my heart, rather than memorizing some foreign words.”

A Chinese citizen, Chen found a love for singing while learning Chinese folk songs as a child, yet never considered performing opera as a career. But after working in a bank for four years with her 2008 degree in finance, Chen decided that it was not the career path for her. That’s when she moved to Boston, where she is currently pursuing a master’s degree in music at Longy School of Music. She learned of Opera in Concert from fellow students.

“I think nothing can be comparable to studying opera and Italian songs in Italy,” Chen said. “Nowhere else can give me the same feeling or same inspiration than studying here because I hear the language every day. I just got familiar with the language, and I see the culture.

Performing in Italian to Italians — we have to work hard to get that right.

Logan Throckmorton, a music education student at Tarleton State University in Texas, agreed that being in Italy has enhanced his opera performance.

“Performing in Italian to Italians — we have to work hard to get that right,” Throckmorton said. “Before, the main thing I would try to do is memorize and then I would kind of get the gist of what the song is about and then just sing it. Coming here, they were like ‘you need to be able to translate word for word, that way you can best tell the audience by expressing on your face or gestures.’”

Throckmorton has been singing since third grade, but did not start singing opera until his college music professor introduced him to the genre. Although he still wants to be a music teacher in the future, this program has made him want to have a career as a performer first.

The program also prompted Lisa Bloom, a music history and literature major at the University of North Texas, to completely change career paths and become a performer. Although she has been singing since she was 18, Bloom had never considered opera before the program.

“I love the theatre, there’s art in multiple formats — there’s the art of the vocalist, there’s the art of the acting, the gestures, where things are on stage,” Bloom said. “It’s a big creative event no matter what it is, or how good or poorly it goes, it’s such a gigantic piece of art every time. It continues to impress me and inspire some harder work on my part.”

All their hard work led to the final performance at Casa della Poesia, or “House of Poetry,” located in the heart of Urbino. After an opening group performance, each student had at least one solo performance.

As Chen sang “O del mio amato ben” her voice echoed off the cobblestone street and the brick walls of the surrounding buildings. When her last notes faded away, for a brief moment not a whisper came from the audience. They then broke into applause.

Chen said she felt a mixture of feelings — a sense of release, excitement, relaxation. But more than anything, she already felt nostalgia, as this was her last performance in Italy.

“I miss it already,” she said. 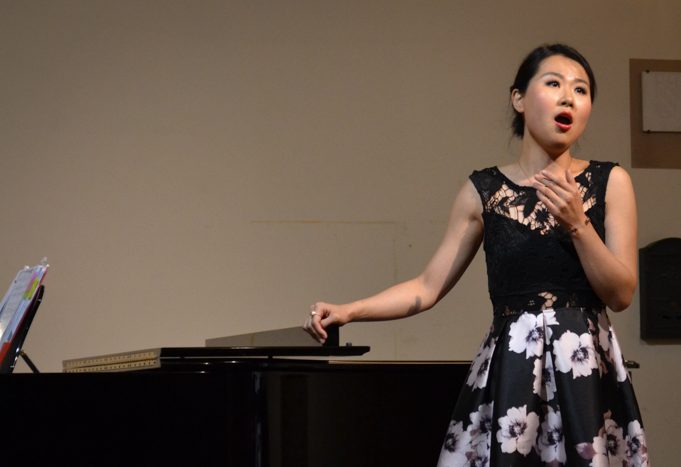 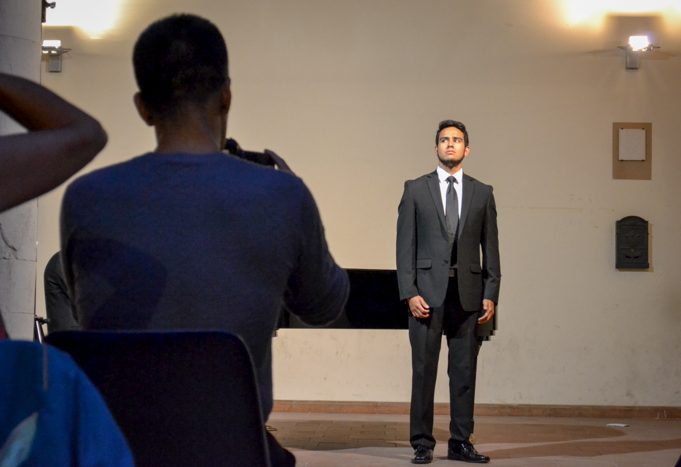 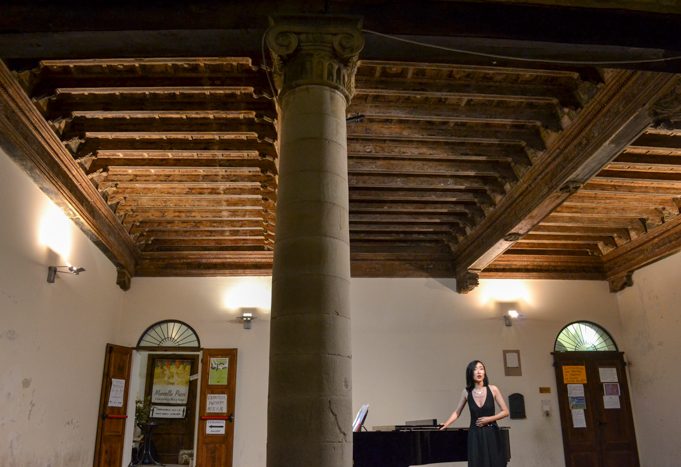 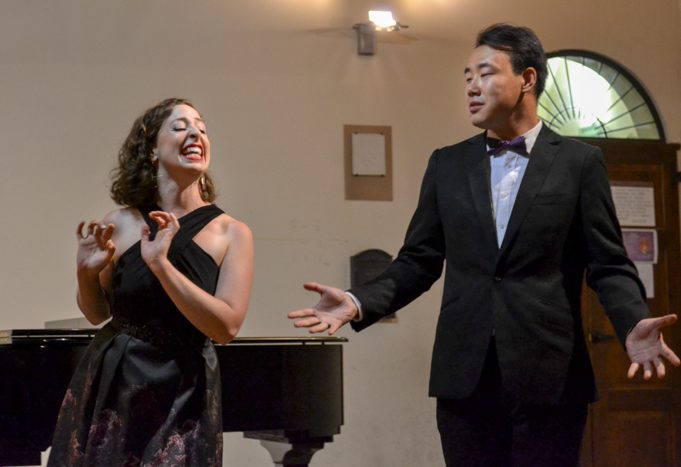 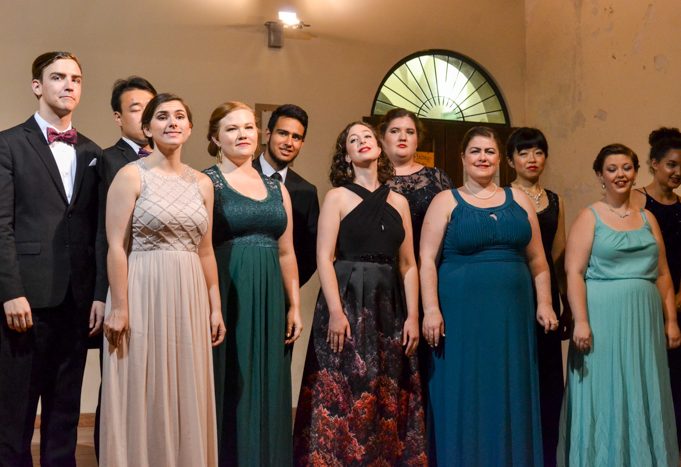 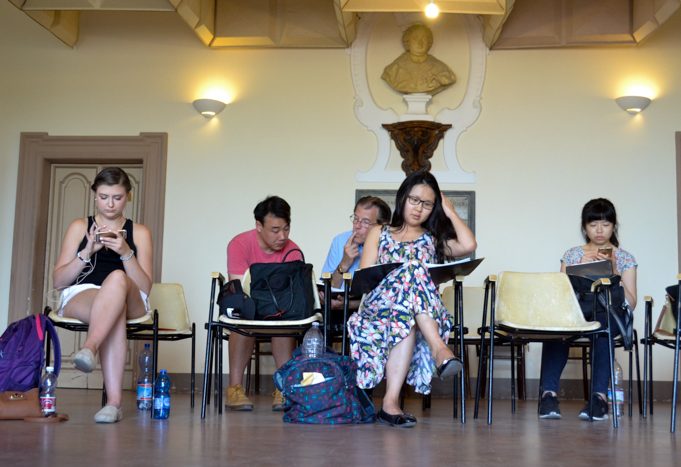 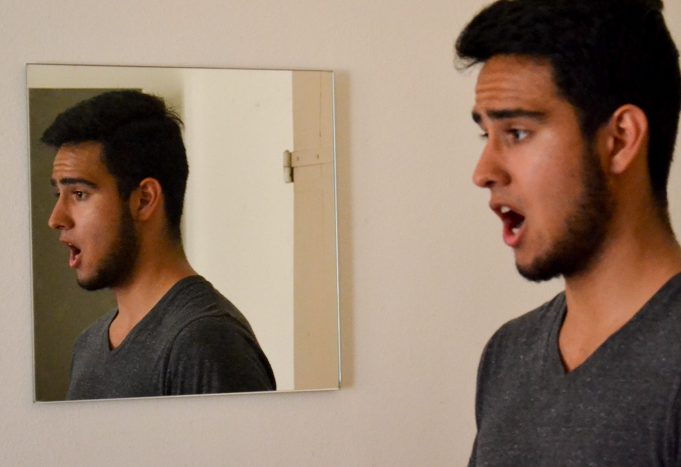 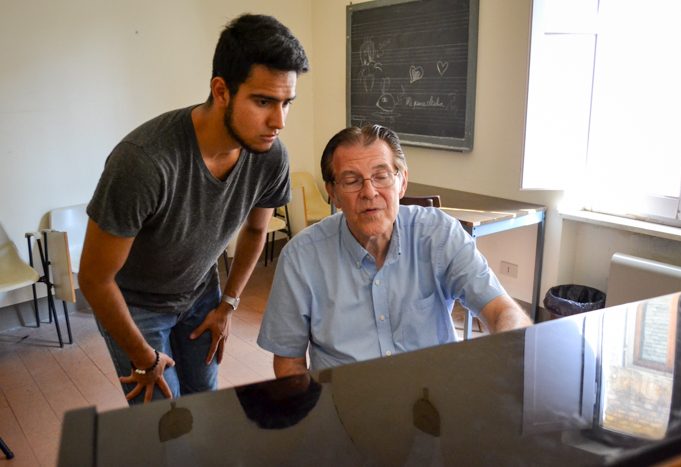 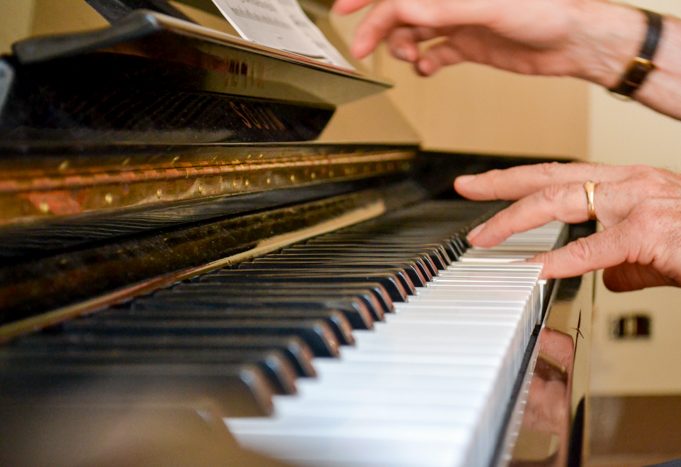 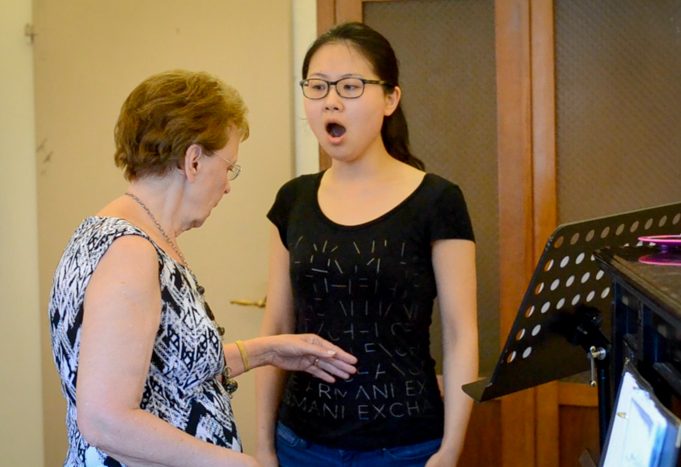 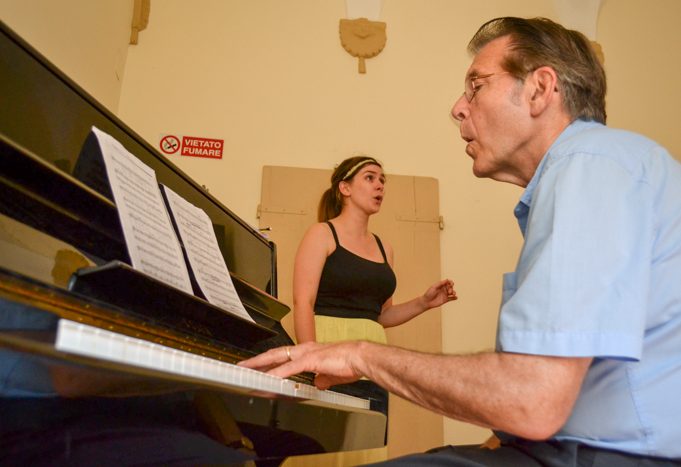 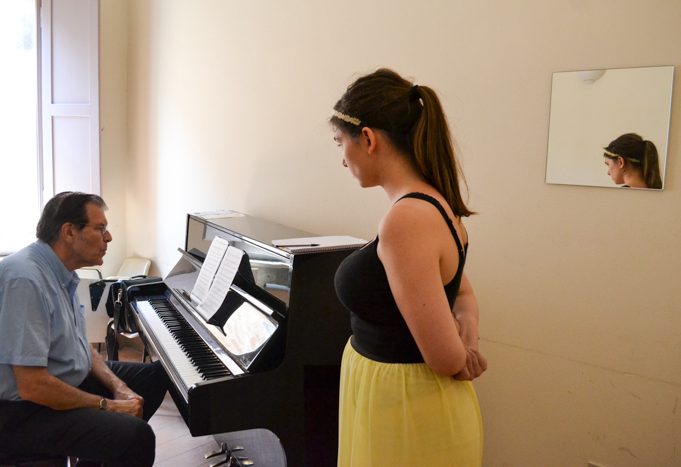