Cristina Ortolani spreads traditions, hospitality, and a sense of community throughout the Marche

Walking down the single dirt road that makes up the village of Belvedere Fogliense, Cristina Ortolani focuses on the job at hand: planning a party to celebrate the recent completion of the town’s city walls. Ortolani explores every inch of the miniscule town, allowing her creativity and keen eye for design the freedom to find the perfect place for the celebration.

Veering off of the main road, Ortolani follows a path that runs parallel to a little green house with flowers blooming on every windowsill. The creaking of an old door interrupts her concentration. A small, elderly woman pokes her head outside, curious to see who is strolling by.

The woman, Liliana Macchini, calls out to Ortolani, insisting she come inside for refreshments. Given her task, Ortolani does not have time to stop and talk; however, Italian culture dictates courtesy, especially regarding an invitation into the home of an elder.

Stepping inside, Ortolani is taken aback. Sitting on the kitchen counter are stacks of ciambellone, a traditional Italian bundt cake. Macchini reveals to Ortolani that she makes several cakes a day, ready to offer them to anyone in the town at a moment’s notice.

Moved by Macchini’s generosity and hospitality, Ortolani realizes in that moment that she has found a new direction in life. She is meant to give back to the people of the Marche region the “welcomeness” that she received from the little old lady in the green house.

“Everything started because of the ciambellone,” Ortolani says with a chuckle as she reminisces about the origins of her most influential project, La Dirce—“the storyteller.”

Years have passed, yet Ortolani still welcomes visitors with a ciambellone to the home she now shares with her sister and parents. Part costume designer, part promoter, part hostess, and all storyteller, Ortolani stages events and recruits participants throughout the Marche to share the memories, traditions, and characters of the region with its inhabitants and, with the help of the internet, beyond. The La Dirce project produces booklets, pamphlets, and quarterly newsletters that document the stories of citizens of the Marche region in order to showcase what Italian culture and lifestyle is really like.

“Everything started because of the ciambellone,” Cristina Ortolani says.

La Dirce is also a character created by Ortolani, represented as a grandmotherly woman in an apron. With peace signs and hearts on her apron, La Dirce is the picture of generosity and homeyness. She is also extending a ciambellone, the cake that Ortolani credits with starting the whole project. Ortolani says, “The ciambellone represents the memories I offer to people. That is why the La Dirce logo shows the woman extending the cake outwards—she is offering her story.”

After that day with Macchini, Ortolani launched La Dirce’s first project, Un Paese e Cento Storie, or “One City, One Hundred Stories.” The first event, fittingly in the town of Belvedere Fogliense, was Cene In Famiglia, or “Dinners at Home.” Townspeople opened their homes to strangers in order to allow everyone to share a meal together, swap stories, and create lifelong memories. “Since then, I have always felt the tendency to welcome people through food because inviting strangers into your home to share stories and food is the way life should be,” Ortolani says.

The “Dinners at Home” initiative has spread to other towns such as Ginestreto, Montefabbri, and Sant’Angelo in Lizzola, allowing more and more citizens of the area to have their stories told by Ortolani with La Dirce. The expansion of the project has also allowed cities to see past the geographic lines that divide their towns for a better sense of community throughout the Marche.

Ortolani, along with her sister Simona, experienced a sentimental moment through the “Dinners at Home” event in Ginestreto, the home of their grandparents. In a recent visit to the town, the sisters reminisce about their childhood summers in Ginestreto as they walk along the empty road, gazing upward at the magnificent bell tower in the center of the town. “Ginestreto was always the ideal village for the project because it is where our grandparents were from,” Simona says. “It is the place of our childhood and it is where we would have the ciambellone from our grandmother.”

The importance of family and personal relationships is apparent in the cluttered studio of Ortolani’s home. Blurring the line between her work and family lives, pictures of her sister and drawings by her niece are intertwined with artifacts of her career, such as La Dirce newsletters and articles she has published, and costumes she has designed.

Her grandmother’s fabrics and sewing mannequins are prominently featured. Ortolani has previous experience with costume design, something taught to her by her grandmother. Having her studio located in the family home, Ortolani makes it clear that meaningful relationships are essential to any project she undertakes.

The artifacts in her studio all have particular meaning or sentiment. Many of the photographs and articles she has in the studio are directly related to the stories she has collected from people during the “One City, One Hundred Stories” initiative—among them, Alice Aiudi, a restaurant owner in the Marche.

Dedicated to embracing all of her customers in a welcoming way, Aiudi runs her restaurant, Locanda Montelippo, with her family, something that Ortolani can understand and appreciate given how much her family has influenced her own career. “It is important for us that everyone here feels like family,” Aiudi told Ortolani.

Through collecting stories like Aiudi’s over the years, Ortolani was able to successfully launch the La Dirce project. She emphasizes the importance of keeping the spirit of the Marche people alive for as long as possible. “We can use elements of our past and of our stories to build the future,” Ortolani says.

The University of Bologna has studied La Dirce as a model of responsible tourism, an approach to tourism that helps visitors immerse themselves in the local lifestyle. Annalisa Spalazzi, who has a fellowship with the tourism department at the university, says, “Ortolani is promoting responsible tourism in terms of understanding what tourists want and in terms of what kinds of tourism rural areas need.”

Simona Ortolani also touches on this idea through her blog, “Where Lemons Blossom.” Simona was inspired to start her blog when she realized that tourists were seeing only an “unauthentic” version of Italy. “When you go to a country, you want to see how they actually live there, and the La Dirce model allows people to see what life is actually like here,” Simona says.

By embodying the role of a community storyteller, Ortolani has tailored La Dirce to be as welcoming and accessible as possible. At its start, she made her stories accessible through physical, tangible books containing the hidden treasures of the Marche. With the changing technological environment of the world, the project is now poised to enter an online space as Ortolani is seizing the opportunity to harness the power of the internet to create a permanent archive of the local memories that can be accessed by anyone.

“Something about the La Dirce stories that is really important to me is that someone who only went to school until they were ten is still able to read it,” Ortolani says. Her desire to allow everyone to take part in La Dirce is a concrete way for her to give back the hospitality she has received.

For Ortolani, the future with La Dirce looks promising. She is hard at work preparing the fourth quarterly newsletter, which debuts on June 29. The jumbled studio reflects the frenzy Ortolani is experiencing as the date of the release rapidly approaches. Sitting in front of her desktop computer in her studio, she begins to look through the comments made by the visitors to her website. With a sentimental look and a small smile, Ortolani says, “Sharing these stories online gives me the chance to connect to people all over the world, and they thank you—that’s what makes this project beautiful.” 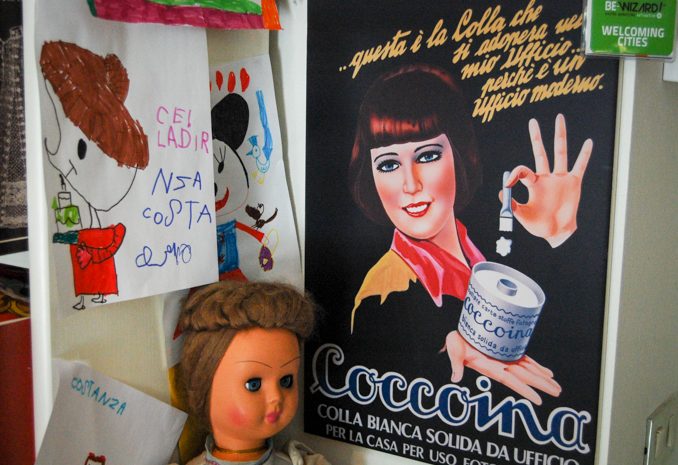 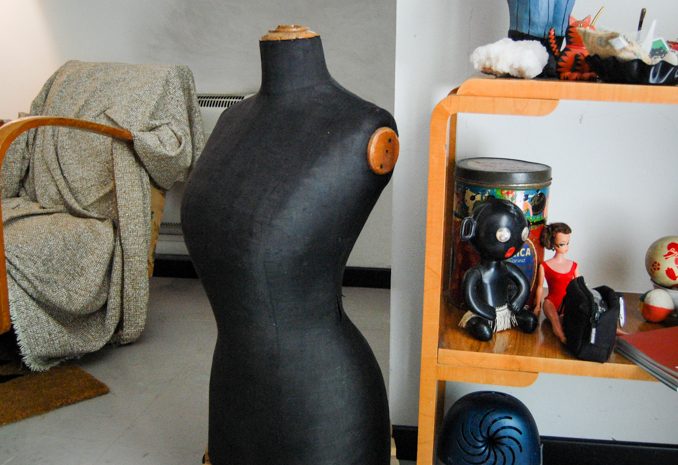 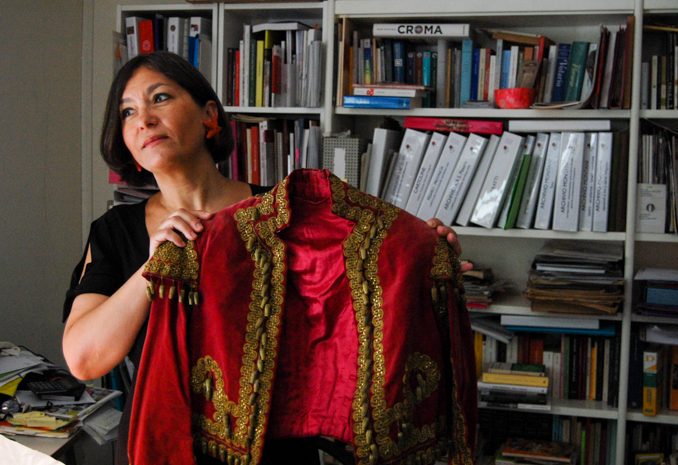 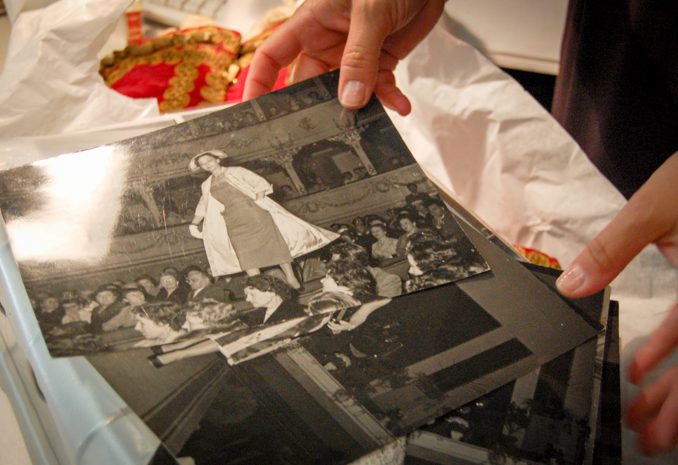 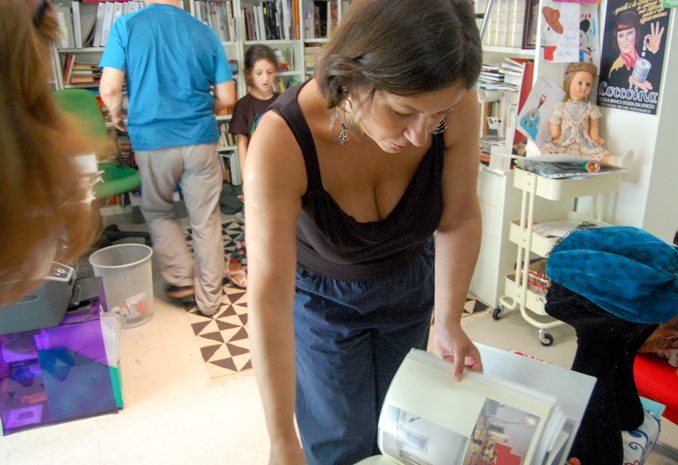 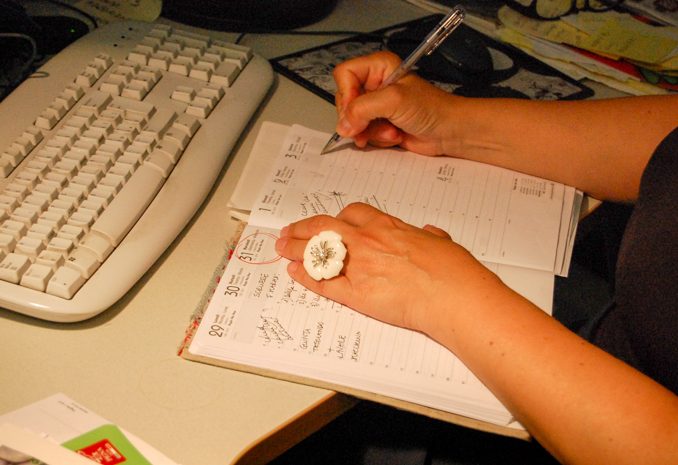 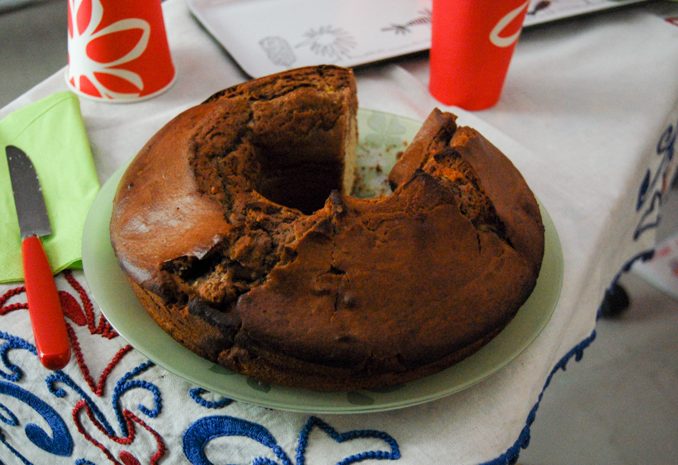 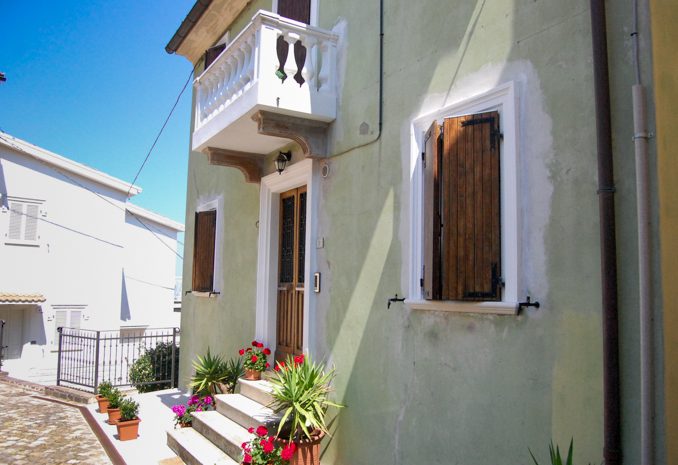 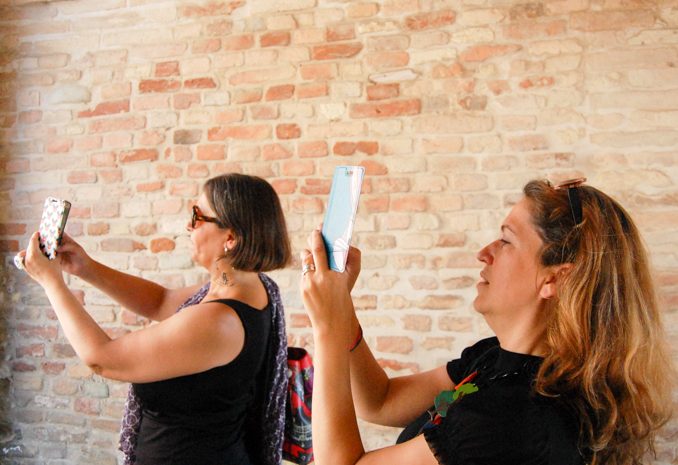 This article also appears in Urbino Now magazine’s La Gente section. You can read all the magazine articles in print by ordering a copy from MagCloud. 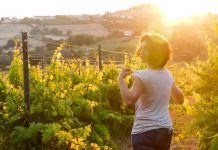